CHAMPAIGN COUNTY – The best way to protect yourself against identity theft is to make sure your personal information doesn’t fall into the wrong hands. And just a few minutes on your part could make a huge difference.

Join Crime Stoppers of Champaign County Saturday, June 1st  from 9 am to 11 am for the SHRED-IT EVENT. Bring your old personal documents to the State Farm Center (formerly known as Assembly Hall) where you can get rid of them permanently. We’re working with Monster Shred, a local company dedicated to helping you and the environment at the same time.

There has been remarkable support for this annual event. It has helped to stop identity theft in Central Illinois, while saving more than 150 trees and more than 25 cubic yards of landfill space. But because of this success, we’re limiting the number of boxes that we can accept. The limit is two boxes no bigger than a Bankers Box.

The U. S. Department of Justice says identity theft hurts millions of people every year. John Hecker, President of Crime Stoppers of Champaign County, believes a proactive approach can save you time, money and worry in the long run and Crime Stoppers is happy to lead the way.

Come out and join us Saturday, June 1st at the State Farm Center from 9am to 11am. Look for us in the parking lot under the marquee at Kirby and First on the U of I campus. Crime Stoppers is asking for a small donation of $5 to help pay future rewards. Crime Stoppers offers rewards of up to $1,000 for tips that lead to arrests in cases across Champaign County.

According to an article in the March 2, 2013, issue of The News-Gazette, a 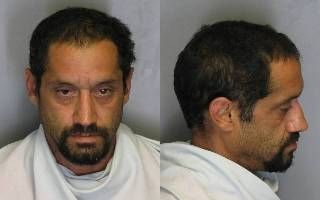 suspect featured by Crime Stoppers on February 24th surrendered himself to police four days later.  Dale Stump, who police suspected of steeling metal from a construction site (and also wanted for a forgery charge) turned himself into Urbana Police after learning he had been featured by Crime Stoppers. Formal charges were reportedly to be placed against him on March 1st.

Champaign County Crime Stoppers President John Hecker pulls a winning raffle ticket number while Treasurer Dawn Coyne looks on.  Crime Stoppers thanks everyone who participated in our 2013 fundraiser.  For an updated list of the winners drawn so far this year, click here. 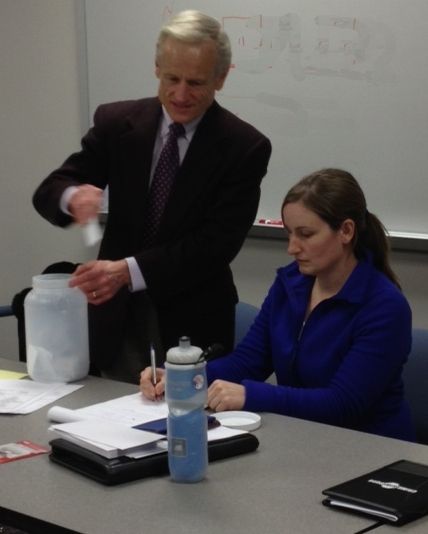